Safemotos: Riding in the hands of safety 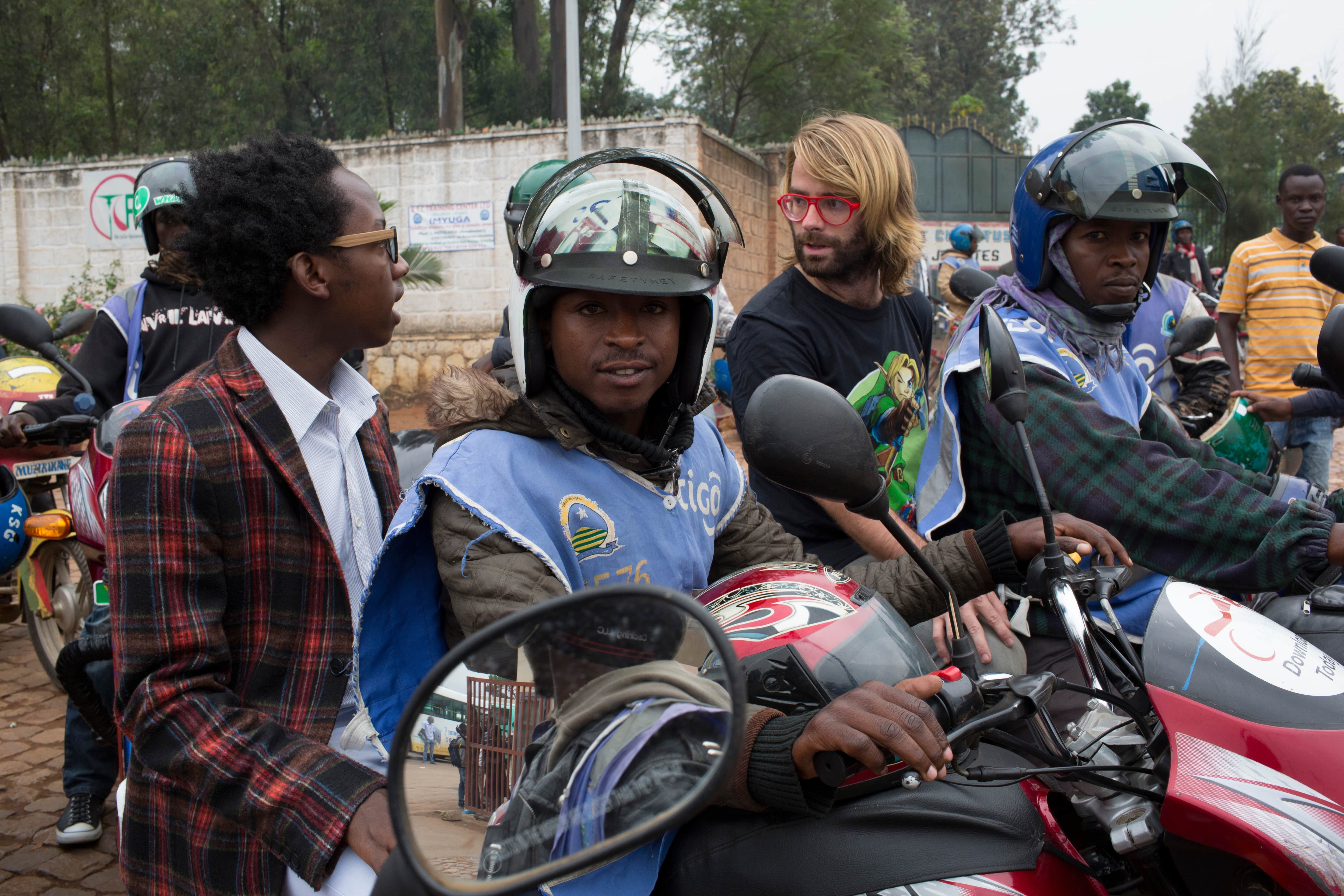 Imagine going to Rwanda to visit your son.

You get off the plane and look for a taxi. But you only see motos (motorcycle taxis).

You take a step back, unsure if they’re safe.

Do you get on?

This was the dilemma that Barrett Nash, co-founder and CEO of SafeMotos, had his mom face on her first visit to see her son in Kigali, the capital city of Rwanda.

Nash explains. “There was no way to know if the moto operator was a good driver or bad driver, and in Rwanda, moto accidents are the second leading cause of death – behind HIV/AIDS.”

In fact, eight out of ten traffic accidents in Kigali involve motos. “Most people in western cities don’t risk their lives traveling to work or across town but people in Kigali do it everyday because motos are the faster and cheaper mode of transportation,” explains Nash.

Nash wanted to reverse the trend, so he co-founded SafeMotos, a startup that relies on telematic data—or sensor readings—collected from moto drivers’ smartphones to help make moto drivers and cities safer.

The Economist describes SafeMotos as “an Uber-style app that not only allows passengers to hail a ride, but also gives them some hope of surviving the journey… [they] score the drivers on safety. Only safe ones get business.”

From vision to reality with Zendrive’s help

Independent drivers typically negotiate their own rates and maximize their earnings by transporting as many customers as possible each day. But customer experience never mattered because only speed was relevant to the bottom line.

That realization and the growing popularity of mobile devices in the region led Nash and Peter Kariuki, co-founder and CTO of SafeMotos, to begin exploring whether it was possible to measure driver driving safety habits using smartphones. “I spent a lot of time researching telematics and their various implementations. I had a roadmap of features that could be achieved in a meaningful time,” remembers Peter. To track speed, location and accelerometer data, they first had to build an app.

Building a user friendly smartphone app was no easy feat. But the SafeMotos team was able to get help jumpstarting its development by integrating with the Zendrive driving analytics API. The Zendrive technology enables SafeMotos to retrieve telematics data from drivers’ smartphones and monitor how well they drive.

“Zendrive cut two years from our road map,” says Peter, “We had to build the infrastructure surrounding the app’s basic functionality so it would have taken us a really long time before we could have developed our own telematics. Plus, since it’s continually updating and improving its product, we don’t have to do anything to maintain our safety advantage.”

Nash agrees: “Building the level of detail that’s in Zendrive’s analytics platform would have taken more bandwidth and people than we had–and then we would have to continually maintain and improve it. It’d be an ongoing distraction. Zendrive is an incredible business accelerator because it allows us to focus on our core business, which is getting drivers and customers to use the app.”

And did SafeMotos approach work?

After running its operators’ accelerometer, gyroscope, and GPS data through a risk model based on American insurance industry equations put into public APIs, SafeMotos has proven its model delivers safer drivers.

How does safer drivers translate into profitable measures?

The answer is simple. Through higher customer satisfaction scores, reviews and tips.

After a ride, moto customers are prompted in the SafeMotos app to review their experience (on a scale from 1-5). Customers haven’t been shy about letting drivers know they appreciate being picked up on time and more safely transported to their destinations. On average, drivers who get the highest ratings have a 10% higher maximum Zendrive score.

For drivers, the rewards are monetary: every positive review comes with a micro-incentive built into the SafeMotos app. SafeMotos’ smartphone sensors measure each driver’s control, caution, and focus, and this information contributes to monetary rewards. When drivers don’t conform, SafeMotos has a penalty system inspired by futbol/soccer – drivers that are 80-90% compliant receive yellow cards while those below acceptable levels get red cards and have to serve a one-day suspension in the “penalty box”. This type of continuous monitoring allows SafeMotos to actively remove drivers that aren’t safe.

For customers, the rewards are more personal: safety and satisfaction—a combination that SafeMotos continues to advance. With SafeMotos, customers can notify drivers where they want to be picked up (by logging in to the app from their phone) using a localized user interface instead of flagging down a moto on the street. Rather than street maps, which people are less familiar with, the SafeMotos app features a landmark system of navigation “because that’s what people know,” according to Nash. Customers then pay for their trips from their SafeMotos wallet, which can be connected to mobile money, cash, or credit card, and prices are charged by driving distance instead of driver negotiations.

Navigating the safer and more satisfying road ahead

SafeMotos is gaining considerable traction because of its philosophy and appreciation for what resonates with drivers. “The goal,” explains Nash, “is to help drivers understand what we consider acceptable metrics of safety—for example, speed limits in different areas.”

Since its launch, the service has seen a steady increase in both riders and drivers—and evidence shows the model is working. Fifty drivers in February of this year were accident free.

Still the SafeMotos team is committed to doing more. “We want to change how people treat the road by reminding them that every bad action is seen. We want to nail down the ubiquitous African moto problem, then move on to other vehicle types,” says Peter.

While building safety and service enhancements, the SafeMotos team also remains firmly focused on the greater good. “We’ve learned that you can build a Silicon Valley style application that has a solid social impact anywhere in the world,” Nash assesses. “…and that we can help change the world beyond one application.”

Like SafeMotos, new economy companies are choosing to team with Zendrive to accelerate safety innovation. Contact Zendrive to learn more. 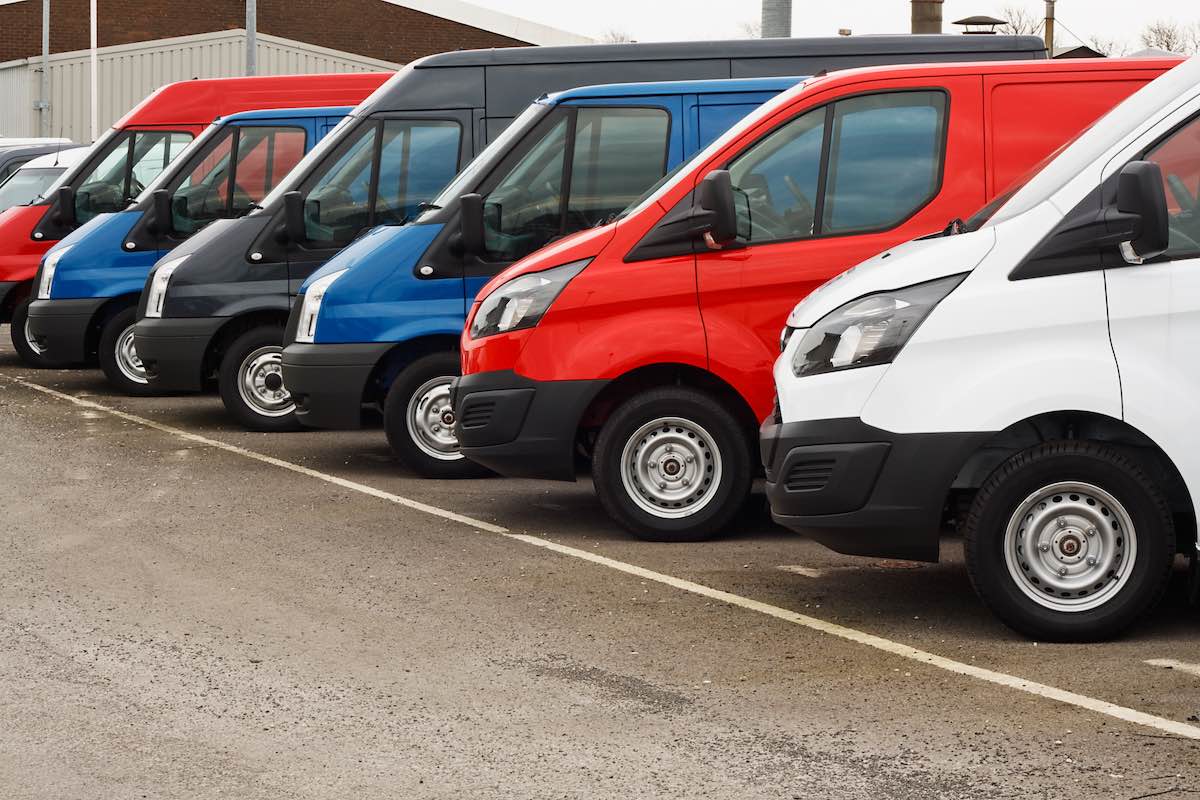 How Zendrive analytics extends beyond safety