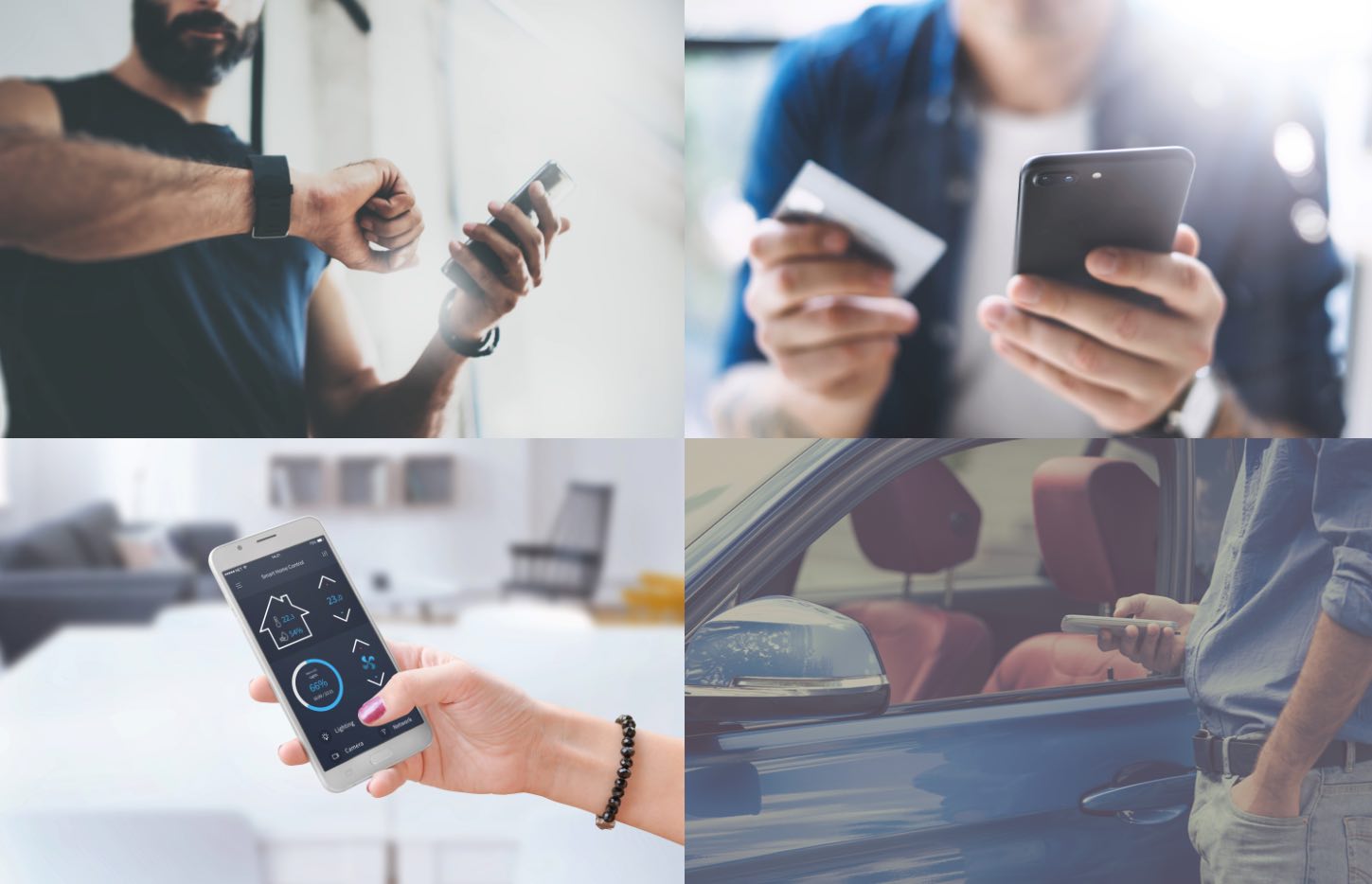 For mobile app developers, no one needs to tell you that the world is changing.

Between the advent of AI, autonomous vehicles, and 5G, the technological landscape is shifting. And the business models and revenue streams built around it are, too.

Understanding these changes can make the difference between success and failure for developers. So, how has the landscape shifted, and how can developers capitalize on today’s era of connected technology?

The evolution of mobile devices

At the onset of the mobile revolution, simply having a cellular phone was astonishing. The transmission of one’s voice across thousands of miles was the main value-add.

And so it was also the revenue steam. Talk plans, “anytime minutes,” rollover minutes: the ability to talk was what customers wanted. As a result, mobile network operators (MNOs) built their business models around it.

With the arrival of the smartphone, revenue models changed. Millions of customers swapped voice plans for data plans. Unlimited data plans, “rollover data” plans; the ability to connect to the Internet and share information, or data, was now what mattered. The commodity was that data, and so MNOs once again redesigned their business models around it.

Today, similar new revenue opportunities are emerging. With the Internet of Things (IoT), billions of new devices will be coming online. And as a result, businesses are racing to identify new revenue streams around them.

IoT has cemented its position as a top-of-mind opportunity within the marketplace. Ninety percent of the sector’s net customer additions in Q12018 came from connected cars and IoT devices alone. But the success of IoT will largely depend on user experiences consumers have with the devices that help them every day.

Fridges, garages, and thermostats are all quickly coming online. But most of these devices still rely on a smartphone.

IoT is the next technological wave, but the truth is that not all consumers yet have the technology or willingness to adopt it. Before mass adoption occurs, additional shifts need to happen.

And this current interim age, what we’re calling the age of “Mobile+,” is where mobile app developers are poised to win customers. Right now, today.

App developers in the age of Mobile+

The age of Mobile+ may be setting the stage for the eventual rise of the IoT-connected world. But what a grand and lucrative stage it already is for mobile app developers.

In today’s Mobile+ economy, smartphones still act as the bridge between us and the connected devices we use every day.

To that end, we have seen four main areas where mobile app developers are beginning to capitalize on the new revenue models created by Mobile+.

A few years ago, many industry experts claimed wearable tech was the next big frontier. Garments with fiber-optic cables woven through them and jackets that could monitor the weather were going to be the future.

And they still might be. But for now, the promise of wearable tech is still just a prediction of the IoT world. Today, wearable tech has settled into one main area: Mobile + Biometrics.

Smart watches like the Apple Watch and trackers like Fitbit basically represent the cutting edge of wearable tech today.

Yet both still rely on smartphone apps to deliver any value to their users, and investment in wearable tech has begun to stagnate.

Another area already reaching saturation in the age of Mobile+ is connected banking, or Mobile + Finance.

Payment systems like Apple Pay dominate the landscape, with traditional banks developing their own apps as well.

But like wearable tech, investment in these apps has begun to stagnate as the market reaches saturation. Unless your company owns the phone or the bank, there is little room for innovation in Mobile + Finance.

Smart home systems, like Amazon Echo, Google Home, and even Nest, enjoyed massive growth over the past few years.

But there is one area of the age of Mobile+ where mobile app developers can invest and win right now.

For developers of mobility apps – that is, fuel apps, navigation apps, ride-sharing apps, and family networking/location apps – the revenue play here is democratization of the connected car.

Bringing the connected car to everyone

Connected car technologies are undergoing rapid improvement, but these advancements have not yet trickled down to the average consumer. The time has come for mobile app developers to democratize key safety features like automatic crash detection, and in the process, gain a competitive edge in the race to unlocking new revenues in the connected car market.

For crash detection to act as an effective customer acquisition tool, however, it must have intuitive and accurate capabilities to distinguish crash events from non-crash events. Mobile app developers have waited years for this data collection to be perfect, and it has finally arrived.

The increasingly sophisticated range of sensors in the majority of smartphones has reached a level of maturity that allows them to capture a highly detailed profile of an individual’s driving behavior, on top of crash detection. This includes how aggressively they accelerate and brake, whether they speed, if they take corners too quickly, and more.

In addition, smartphones are capable of capturing aspects of driving behavior that hardware units cannot, such as whether the driver is on the phone or texting while driving. The presence of multiple sensors means that today’s smartphones provide a highly functional and universal platform to support driver safety propositions.

The automotive market will quickly become a prime focus for mobile app developers as we enter the era of Mobile + Auto.

Embedded with Zendrive’s telematics logic, every mobile app can help its users be safer while they’re on the road. Every mobile app can offer life-saving features like automatic crash detection, and fuel insights to save on gasoline.

What if your mobile app could make its users not only happier, but safer?

Learn more about Zendrive and our solutions. Contact us now.