Back to school: Ten tips for teen drivers 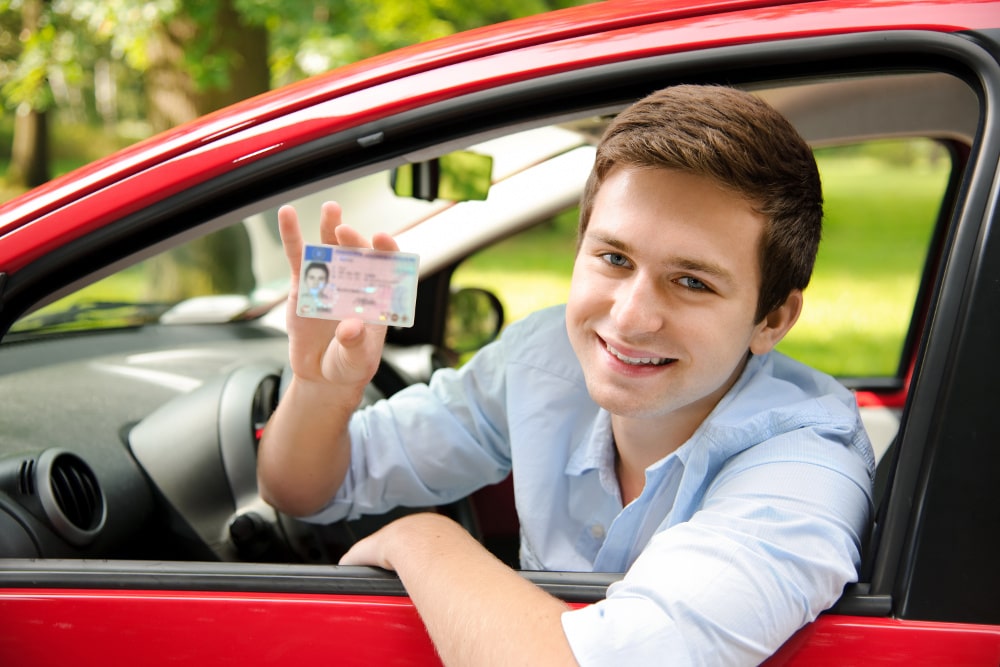 Motor vehicle crashes are the leading cause of death for teens (ages 15 to 19) in the US, ahead of all other types of injury, disease or violence.

The leading cause of these crashes? Distracted driving, particularly texting while driving.

To steer teens away from becoming the riskiest drivers on the road, Zendrive has released “Ten Tips for Teen Drivers.”

Share these tips with teens as they drive their way back to school:

Driver inexperience is one of the biggest factors in car crashes. The risk of crashes is highest in the first year teen drivers get their license.

The key to safer driving is practice, and more is better. Practice in multiple real world situations – at different times of day, in different kinds of weather, in heavy and light traffic and on different types of roads.

2. Never ever text and drive

Texting while driving is the largest distracted driving issue.

Phone use while driving (e.g., making calls, sending and reading texts, browsing and using apps) greatly increases the risk for crashes. Not only does it take your hands off the wheel and eyes off the road, it takes your mind elsewhere and away from driving.

There’s enough to worry about while driving, don’t add a phone to the mix.

3. Buckle up each time, every time

Seat belts can cut the risk of dying or being seriously injured in half.

Teens buckle up far less frequently than adults do. But there’s no better way to keep you and your passengers safe. Buckling up should be the very first thing you do each time you get in the car.

Wearing a seat belt is free, not wearing it can cost lives.

4. Limit passengers to one

Teens are 3X more likely to engage in risky driving behavior when there are multiple passengers in the car.

The risk of crashing is especially high when teens ride with other teens. Not only are friends a potential distraction, many teens fall victim to peer pressure, which can lead to increased risk-taking.

To be safe, limit the number of passengers in your car to one.

In 2013, 19 percent of teen drivers involved in fatal crashes had been drinking.

Drinking before the age of 21 is illegal, and alcohol and driving should never be mixed. When in doubt, always have a designated driver.

6. Stay off the roads at night

58 percent of teen crash deaths occur between 6pm and 6am. This is due to a combination of poor visibility, slower response time and fatigue.

Teen drivers should be not be on the road after 9pm, especially in the first 6 months of driving. In addition, most states include a nighttime driving restriction in their Graduated Driver License laws for young drivers.

After 6 months, you can start practicing nighttime driving with an experienced adult, but don’t get on the road at night before then.

Speeding greatly increases the likelihood of crash injury. Since 2005, speeding has been a factor in 30 percent of crash deaths.

Speeding, especially on poor road or weather conditions, is a critical issue for teen drivers. Every time your speed doubles, your stopping distance quadruples.

Slow down and always obey the speed limit.

Teens need to learn to be courteous while driving, practicing acts such as dimming high-beam lights when other drivers are approaching and using turn signals.

Not using a turn signal seems like a small thing. But 2 million crashes a year in the US are estimated to result from drivers not using their turn signals.

Road manners, like table manners, need to be learned, used and mastered.

Rear-end collisions account for approximately 23 percent of all crashes. Tailgating is a common habit that can lead to deaths and injuries.

When drivers tailgate, they significantly reduce their stopping distance. The more space a driver allows between their vehicle and the vehicle in front of them, the more time they have to react to hazards safely.

Tailgating is risky. Always keep a generous distance between you and the driver in front of you.

Aggressive driving influenced more than half of fatal crashes in the US.

Uncontrolled tempers can lead to dangerous decisions on the road. Teens need to learn how to stay calm and handle aggression from other drivers. For instance, never block other drivers from passing by matching their speeds.

No matter how rude another driver is, never try to teach them a “lesson.”

Learn more about Zendrive by contacting us here.