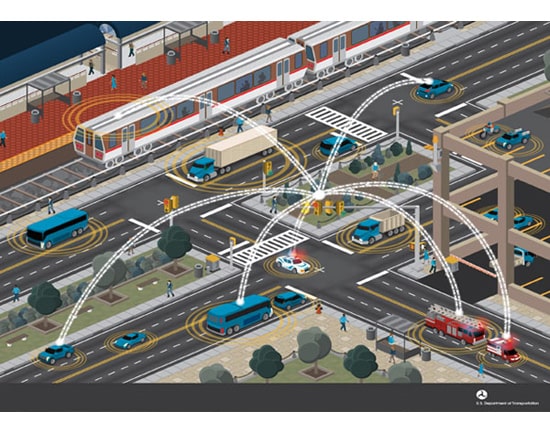 Just like the Earth’s population, interest and investment in smart cities is growing at a rapid clip. More than half of the world’s population lives in urban areas, and this is increasing at a rate of almost 2 percent a year. That’s 70,000,000 people a year moving to, or being born in, cities! Smart cities are a necessity, but what are “smart cities” anyway?

Smart cities use Big Data and IoT applications to improve the daily lives of the people who live, work and visit these cities. City-wide systems use wireless signals to gather data from objects like trash cans, street lights and even entire buildings, bridging physical and digital connectivity. For example, Emiratis in Dubai use the Dubai Now app to access government services that allow them to take care of important, yet bureaucratic, tasks such as paying a speeding ticket or power bill, renewing vehicle registration or tracking the status of a visa.

Today’s smart cities take advantage of the 3 C’s, connectivity, coverage and cost-efficiency, to improve citizen’s living standards. More than ever, city leaders are focusing on these C’s when it comes to transportation planning and safety because they make a difference in people’s lives every single day.

We will explore the three C’s in a series of three blog posts; this first post covers how “connectivity”–specifically via connected cars–helps to ensure road and pedestrian safety in tomorrow’s Smart City.

Recently named the 2016 Best Smart City, New York was recognized for its use of smart technologies to pilot and scale government services, such as an $18.6 million connected vehicle pilot with the U.S. Department of Transportation. Connected vehicles will enable smartphones and other devices to “talk” to other vehicles and infrastructure. For example, drivers can receive notifications of dangerous situations (someone about to run a red light or an oncoming car swerving into your lane to avoid an object on the road). Such connectivity would dramatically reduce the number of fatalities and serious injuries caused by traffic crashes and help achieve the City’s Vision Zero goal of completely eliminating them by 2024.

However, while on-board units (OBU) in connected cars can “sense” and provide robust and reliable information on potential road dangers, it’s still humans that are behind the steering wheel. Reactions to safety warnings remain the responsibility of the driver. Although researchers have tried to use connected car technology to garner real world insights into driver behavior, most of the data are collected in controlled environments such as driving simulators or testbeds.

To achieve the goal of zero fatality, understanding how drivers can adapt and learn from connected vehicles is imperative. Such an understanding is only possible when driver data are measured en masse (at the “population” level in public health terms) to see whether safety warnings can succeed in improving behavior. OBU solutions work well to collect aggregated data, but since they are attached to vehicles and not drivers, they only give insights into the footprint of a car, and not into human behavior while driving.

In our next post, we’ll share how advances in mobile technology have dramatically expanded a city’s ability to measure and understand its coverage of its traffic network, and how this positively impacts planning for smart cities. 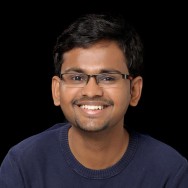