As mayors from around the nation gathered in San Francisco this week for their Annual Meeting #usmc2015, the City by the Bay announced a plan to reduce pedestrian and bicyclist deaths.

San Francisco has been a leader in urban transportation initiatives, particularly where safety is concerned. But in spite of this, pedestrian and bicyclist deaths have been on the rise in recent years. San Francisco’s new plan includes restrictions for passenger vehicle turns on Market Street starting in August.

Market Street isn't the only problem

Market Street is a notorious hotspot for bicycle and pedestrian fatalities due to the complexity of the angled intersection of SOMA with the Financial District, high traffic levels, multi-modal traffic, and high levels of driver distraction.

Indeed, a recent study by Zendrive found that Market Street is a very dangerous route and, particularly, that the Market & Octavia section is one of the worst spots for driver distraction on Market Street.

“Safer Market Street is a terrific example of policymakers delivering data-driven solutions to keep everyone who uses our roads safer,” said Tyler Frisbee, Policy Director of the San Francisco Bicycle Coalition. “The more we can do to eliminate illegal and dangerous behaviors and design safer roadways, the faster the City will eliminate traffic deaths.”

“Market Street improvements are an important step in reducing fatalities as a part of San Francisco’s 2024 goal of zero traffic fatalities, termed Vision Zero, and we strongly endorse the initiative and the commitment,” said Jonathan Matus, Zendrive CEO.

“However, Zendrive’s analysis found that Market Street is only a part of the problem. Focusing on where fatalities occurred in the past is missing out on the more important piece – where they are likely to happen in the future. Our data and analytics allow us to provide that insight.”

In a study of bicycle safety, Zendrive analyzed cyclist activity in concurrence with distracted and risky driving and found that driver distraction due to phone use and distraction at high speeds is rampant in San Francisco.

In addition to the congested Market Street corridor, distracted drivers mingle at high speed with cyclists all over the city, particularly in bicycle commuter feeder corridors such as Folsom/Harrison, Valencia Street, and Fell/Oak streets, according to the Zendrive study. “These arteries could be included in the initiative, and the next set of fatalities prevented,” Matus said. “Doing this right requires both planning and access to a detailed analysis of driving behavior data.”

In fact, Zendrive’s analysis shows that reducing Market Street access could exacerbate the problem for cyclists on the Folsom and Harrison corridors as Market Street traffic is shunted south.

A solution lies in the data

According to Zendrive, whose mission is to make all driving safer using data and analytics, redirecting traffic will only get us so far. “To achieve Vision Zero by 2024 the city needs to get serious about phone use and speeding, particularly in heavily commuted cycling routes. And the only way to do this in a resource efficient and effective manner is analyzing actual data about driving behavior, which is Zendrive’s expertise,” Matus said.

To support the Vision Zero effort, Zendrive today announced it will make available free of charge its technology and insights to San Francisco, and all other cities participating in the Vision Zero initiative, to use with their fleets. 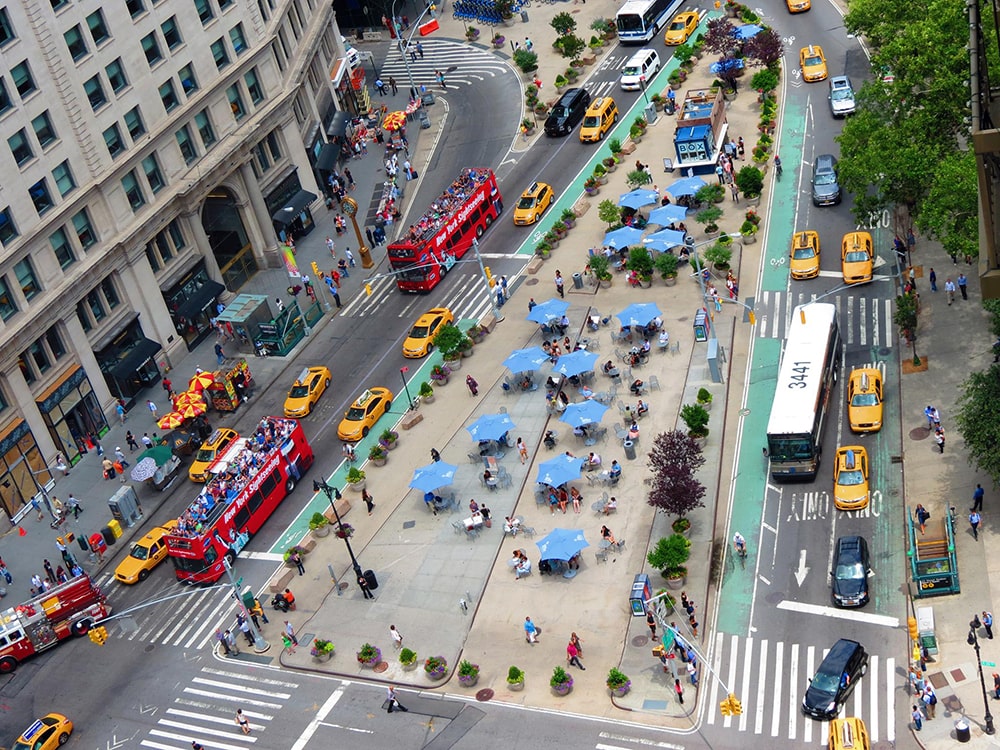